Over 100 decorated cars paraded through the Avon Lake Unparade on July 4th. 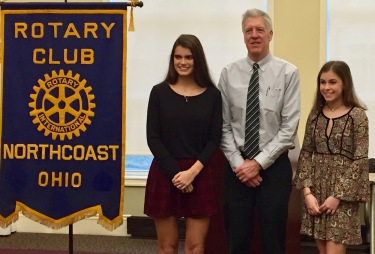 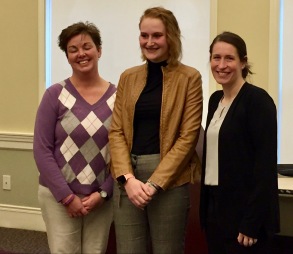 Is it the truth; is it fair; will it build goodwill and better friendships; will it be beneficial?  These are the goals of Rotary’s Four-Way Test and the challenge for the Avon, Avon Lake, and Brookside high school speech contestants who competed at the North Coast Rotary club meeting on February 5th in Avon Lake.

After much preparation and supported by their teachers, five contestants presented to a group of Rotarians, parents, teachers and guests. The topics of their speeches included, The Lack of Competition; Pay and Workplace Inequality; First Impressions and its Pitfalls; Sexual Harassment and the MeToo movement and Givers, Takers and Matchers, the Value of Labels.

After much deliberation and a referral to Contest Rules in order to break a tie, the winners were announced:

In March, ALHS Junior Marguerite Smith has the opportunity to compete at the Rotary 6600 District Level in Van Wert, Ohio.

Thank you to pizza vendors who brought their staff and served hot pizza making this North Coast Rotary fundraiser a success! Close to 500 guests had the opportunity to sample up to three delicious pizzas from each of seven vendors. All guests could vote for their favorite pizza overall (People’s Choice Award), the pizza with the Best Sauce and the Best Specialty Pizza. In addition, our “Pro” sampled all the pizzas and voted for his favorite.

Joe Matuscak also recognized Donato’s, Cafe Piccolo and Pizza Hut for their enjoyable pizzas and their support, and thanked Peace, Love and Little Donuts for their generous donation of donuts.

….with its meeting times, that is.  If a breakfast meeting doesn’t match with your busy schedule, we invite you to join us at one of our new monthly lunch meetings – the 4th Tuesday of the month at The Wine Room, 35840 Chester Road in Avon.  Lunch is served at 12:15 pm, and the meeting begins at 12:30 pm.  President Pete Sandrev has everyone out the door by 1:15 pm.  Check our website for a list of lunch dates.